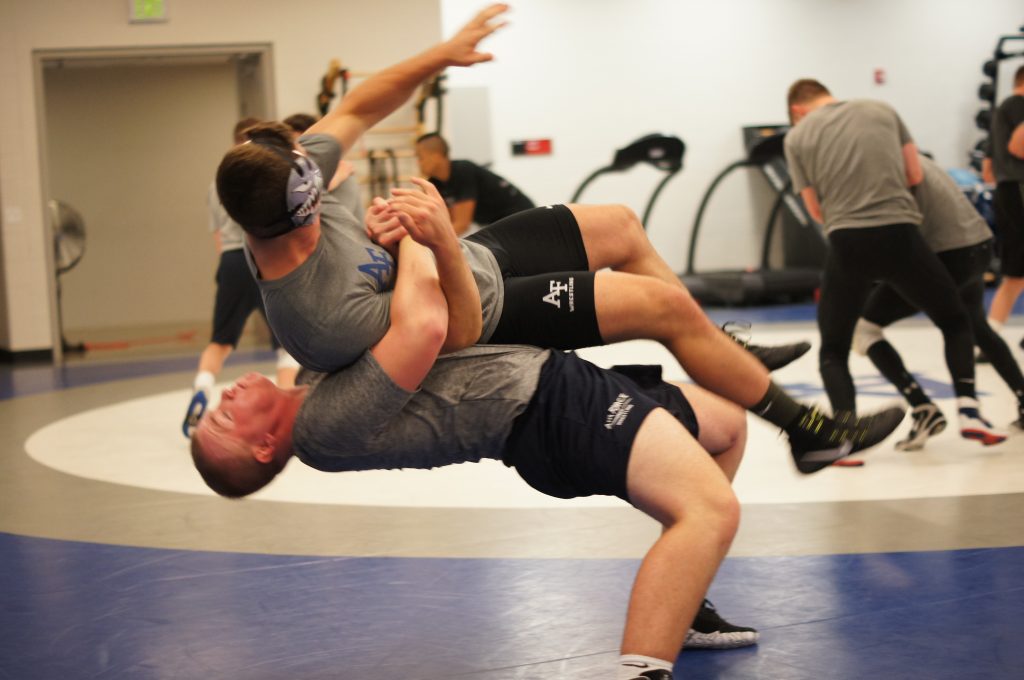 AFRTC ANNOUNCES THE OPENING OF THE 2018 SEASON

USAF Academy, Colo. -Air Force Regional Training Center head coach Dustin Kilgore has announced the commencement of the 2018 season. The AFRTC will host 23 sessions at the Air Force Academy wrestling room from Aug. 21-Oct. 18, with more dates to be added in the winter.

The AFRTC is expanding its local wrestling network by bringing in elite-level athletes to coach and train in AFRTC sessions, giving participants a wrestling experience unlike anything else in the region. Local wrestlers within a 250 mile radius of the AFRTC are encouraged to check their eligibility in order to take advantage of this tremendous opportunity.

“A guy of his caliber and competition credentials is going to have a tremendous impact on the growth and improvement of our wrestlers” -Sam Barber, Head Coach Air Force Wrestling and Head Coach of Team USA’s 2018 Youth Olympic Games wrestling team

“With five years of Division I wrestling experience and over 20 years of experience on the mat, I know what it takes to be successful at the collegiate level and I’m excited and motivated to share my skills and knowledge with the AFRTC, not only to grow Colorado wrestling, but wrestling as a whole.” -Dustin Kilgore, Head Coach AFRTC

Coach Kilgore and the AFRTC has partnered with USA Wrestling to bring some of the nation and world’s top athletes to one training room. Participants will have the opportunity to train under legendary coaches such as, but not limited to, USA Wrestling coaching staff Bill Zadick, Joe Russell, Kevin Jackson. Other featured coaches include Matt Lindland, Gary Mayabb and the Air Force wrestling staff.

Participants will also be able to train among their Colorado wrestling peers, such as the Air Force wrestling team, athletes from the neighboring Bear Cave Wrestling Club and local high school wrestlers in the region.

The AFRTC is a 501(c)(3) not for profit donations-based organization. All donations are tax deductible and will help propel the AFRTC and all associated athletes to new heights. Your support is vital to the AFRTC and to all aspiring wrestlers who enter our mat room.